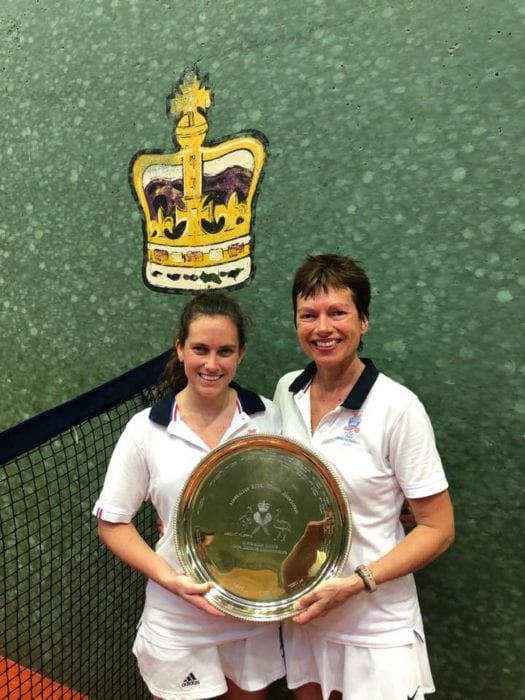 Congratulations to OQ Penny Lumley MBE (Penny Bland, Section 49) on winning the Women’s Doubles title 6-3 6-0 at the Australian Open (Real Tennis) in Melbourne last week. Penny commented “This was an extra special win for me as I was partnering my daughter Tara and has come so late in my tennis career”. Well done team Lumley!

Penny is no stranger to the limelight in the real tennis world, she won another Australian doubles tennis title in 1997. Penny was also highlighted in the OQ News Bulletin in 2013 when it was noted that she had won the British ladies' singles twelve times and the doubles ten times and that in the previous year, she became only the second woman to enter the US Court Tennis Association Hall of Fame; in the US she won six ladies' singles and six doubles.

From 17 May we are delighted to offer external tours of our expansive campus with a member of the Admissions team, and from 21 June (subject to government guidelines) we are offering full tours of the School by appointment.

To book a place at one of our open events, or to register for an individual tour, please click here.