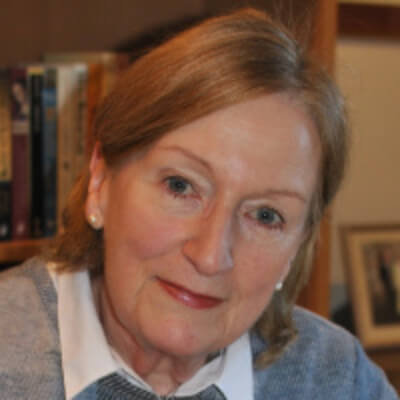 The Lady of the Ravens is Joanna’s most recent book and tells the story Giovanna who, upon moving to her mother’s adopted country, becomes Joan Vaux. Unlike her English rose contemporaries with their fair complexions and golden hair, Joan has olive skin and dark features – black brows over ebony eyes and hair the colour of a raven’s wing…

Working as a servant of the Tudor court, privy to the deepest and darkest secrets of her queen, Joan must cautiously navigate the conspiratorial milieu of the Tower.

Through Joan’s eyes, the reader inhabits the squalid streets of Tudor London and the glamorous court of a monarchy in crisis.

Would you like to try your hand at writing historical fiction? If so, you may wish to watch Joanna's video below as she shares her writing tips.

From 17 May we are delighted to offer external tours of our expansive campus with a member of the Admissions team, and from 21 June (subject to government guidelines) we are offering full tours of the School by appointment.

To book a place at one of our open events, or to register for an individual tour, please click here.